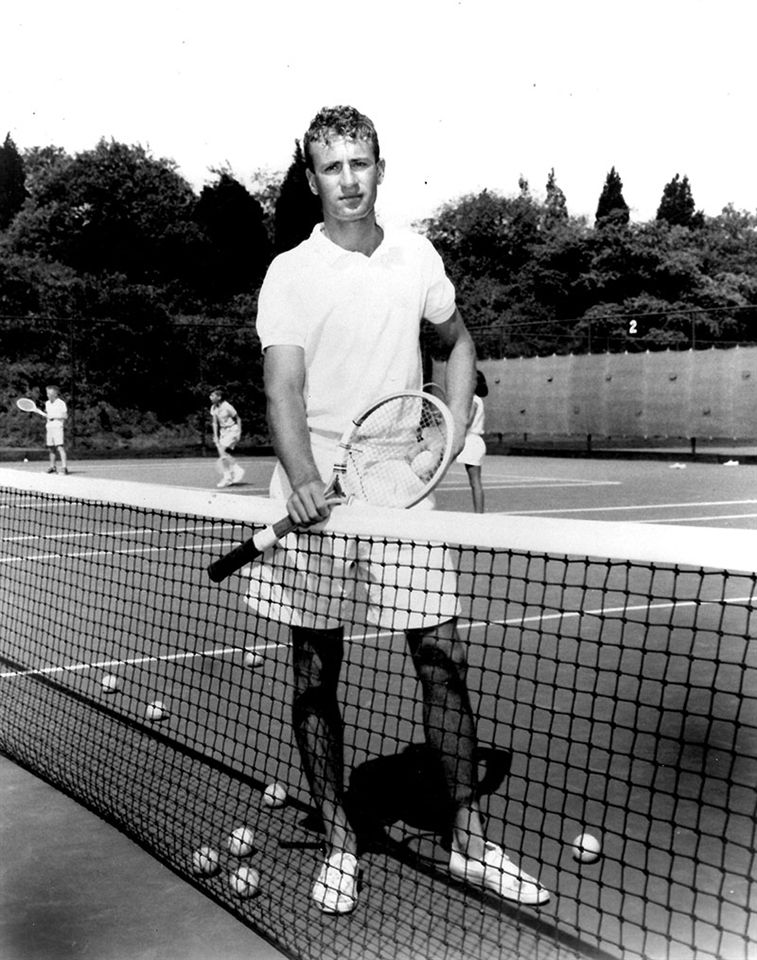 Spencer Gray ’57, a native of Marion, Massachusetts, was an exceptional varsity competitor and leader at Tabor Academy, excelling in soccer, basketball, and tennis. During his Tabor athletic career, Spencer was awarded ten varsity letters. He was the goaltender on the soccer team, forward on the basketball team, and the tennis team’s top player. Spencer captained the tennis and basketball teams his senior year.
Following his storied Tabor athletic career, Spencer attended the University of North Carolina – Chapel Hill on an athletic scholarship. He was also the number one player on UNC’s freshmen tennis team.

For more than forty years, Spencer held the title of director of tennis and head professional at Agawam Hunt in East Providence, Rhode Island, and at The Misquamicut Club in Watch Hill, Rhode Island. At his best, Spencer was considered one of the finest tennis players in New England and top-ranked tennis players would often travel to his clubs to practice and play with him. In one exhibition match, Spencer beat Earl Henry “Butch” Buchholz, a 2005 International Tennis Hall of Fame inductee.

Spencer taught several professional, college, and high school players, and mentored numerous tennis  professionals and college coaches. His adherence to the “all court” game evinced the versatility he wished to teach his students about the sport and life. Spencer’s advice to all his players was, “I want you to play this sport for the rest of your life.” He extolled the virtues of mastering the basics, consistency, and exhibiting the finest levels of sportsmanship.

On his retirement from professional tennis, The Misquamicut Club named its junior championship tournament award after Spencer and Agawam Hunt named its indoor tennis court facility in his honor, also making Spencer and his late wife, Beatrix, honorary life members.

Headmaster Wickenden made clear to Spencer that a Tabor education was a gift and an opportunity, and without a doubt, Tabor left an indelible mark on him. Thanks to his Tabor experience, Spencer led a life of athletic success, inspiring generations of tennis players and families along the way.