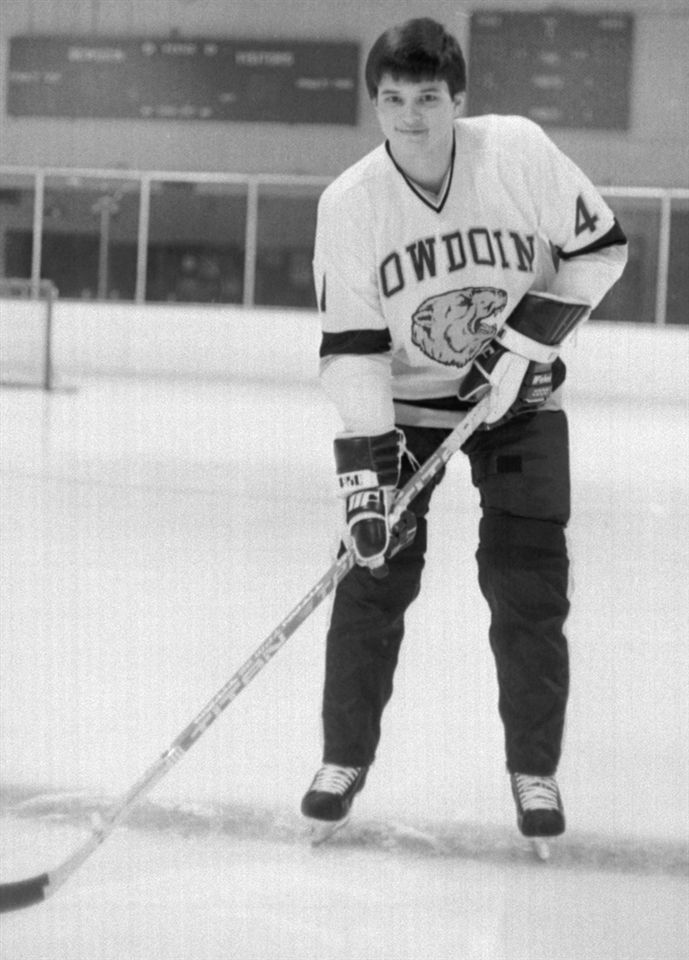 Hockey • Soccer • Golf
Jean L. Roy ’80, a native of Lewiston, Maine, was a remarkable ice hockey player before arriving at Tabor Academy in the fall of 1978. A first-team all-state selection at St. Dominic’s High School, Jean was a two-time hockey MVP in 1979 and 1980, and he captained the varsity hockey and soccer teams during his senior year. An outstanding three-sport varsity athlete in soccer, hockey, and golf, Jean’s athletic prowess on the ice was unmatched. He still holds the school record of 102 points in 40 games.
Jean continued his hockey career at Bowdoin College where he made an immediate impact, earning Eastern College Athletic Conference (ECAC) Rookie of the Year, first-team All-ECAC, and first-team All-New England honors for the 1980-81 season. In his freshman campaign, Jean scored eight goals, tying the school mark for tallies by a defenseman in a season. As a sophomore, he earned the first of his three straight All-American honors and, in turn, went on to become Bowdoin’s first three-time All-American.

Jean holds the record for most points by a defenseman with 133 – 95 assists and 38 goals, a record that still stands today. His contribution to Bowdoin’s hockey program helped redefine the role of defenseman in American collegiate hockey. A finalist for the Hobey Baker Award as a senior, Sports Illustrated named Jean one of Maine’s top 50 athletes of the 20th century.
Following graduation, Jean played professional hockey for Eindhoven Kemphanenin in Holland’s first division. A resident of Newburyport, Massachusetts, he has been employed in the orthopedic/spine industry for 35 years. In his free time, Jean is a competitive golfer with a 1 handicap.

Awards and Achievements
Tabor Academy
1979 - James D. Gowing Award for unselfish devotion to the team and the game of soccer
1979, 1980 - Lucien O. Lavoie Trophy awarded to the most valuable player in varsity hockey
1980 - Charles A. Peirson Award for leadership and fine play in golf
1980 - Graduation Award for General Excellence in Sports, Athletic Skill, and Team Spirit