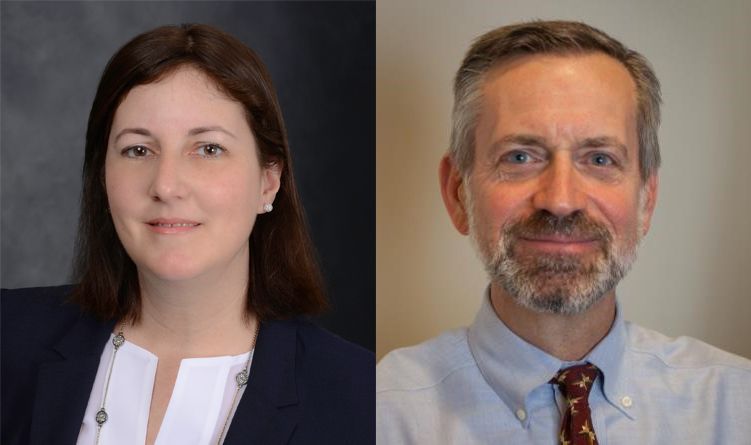 1/13/2021
Jaqueline Shire ’84 and Matthew Reynolds ’82 have both had distinguished careers at the State Department and the United Nations and in think tanks and academia. Their portfolios range from international aid in the Middle East to counter-terrorism to international diplomacy to nuclear non-proliferation, to name a few. Jackie and Matt, two uniquely well-informed insiders, will highlight the future of American foreign policy.

Matthew A. Reynolds is the representative of the United Nations High Commissioner for Refugees (UNHCR) to the United States of America and the Caribbean. Mr. Reynolds’ distinguished career includes more than 30 years in government service, humanitarian response, oversight, and management. Before joining the UN Refugee Agency in 2017, Mr. Reynolds served as the North America representative for the United Nations Relief and Works Agency for Palestine Refugees in the Near East (UNRWA). Earlier in his career, Mr. Reynolds served as U.S. assistant secretary of state for legislative affairs through January 20, 2009. In this capacity, he was the principal congressional advisor to Secretary of State Condoleezza Rice and directed all State Department relations and operations with the U.S. Congress. Before his confirmation by the U.S. Senate, he served as the bureau’s principal deputy assistant secretary and intermittently, as acting assistant secretary beginning in March 2005.

Mr. Reynolds joined the Department of State in 2003 as director of House Affairs during which time he received the Department’s Superior Honor Award for Service. He held the position of deputy assistant secretary for Senate affairs from 2004 to 2005. Before moving to the State Department, Mr. Reynolds spent 17 years in numerous senior positions in both the U.S. House of Representatives and the U.S. Senate. He was the staff director of the powerful House Rules Committee, guiding all major legislation on the House floor, as well as professional staff on the Senate Foreign Relations and House Foreign Affairs Committees. In addition to his congressional committee assignments, Mr. Reynolds served as chief of staff to U.S. Representative Jay Kim (CA) and legislative director to U.S. Representative Robert Lagomarsino (CA).

Mr. Reynolds is a native of Dover, Massachusetts and grew up in Kanpur, India and Beirut, Lebanon. He is a Senior Congressional Fellow with the Stennis Center for Public Service at Mississippi State University, and a trustee of International College in Beirut, Lebanon. He received his Bachelor of Science in Foreign Service (BSFS) and the Dean’s Citation from the School of Foreign Service, Georgetown University.
Jacqueline Shire ’84
Finance Expert on the ISIS-Al-Qaeda-Taliban Monitoring Team, United Nations Security Council

Jacqueline Shire is currently serving as the finance expert on the ISIS-Al-Qaeda-Taliban Monitoring Team at the United Nations Security Council (also known as the 1267 Monitoring Team). Until August 2018, she was the director and global head of U.S. Sanctions for Bank of Nova Scotia. Prior to joining Scotiabank, Ms. Shire served as a director of the Global Sanctions Advisory Group at Bank of Tokyo Mitsubishi. From 2010 through December 2014, she was the U.S. member of the United Nations Panel of Experts on Iran and sanctions, advising the UN Security Council on effective implementation of Iran-related sanctions by UN Member States and investigating reported cases of noncompliance by Iran.

Ms. Shire began her career as a foreign affairs officer at the Department of State where her work included nuclear non-proliferation, export controls, and arms trade licensing. Ms. Shire has also worked for a Washington, DC-based think tank, where she investigated and wrote extensively on illicit trade networks. She served for four years as a consultant to ABC News Investigative Unit, developing and contributing to reporting on foreign policy and national security issues. Ms. Shire graduated from Tabor in 1984, holds a BA from Columbia University, and a master’s degree from Columbia’s School of International and Public Affairs.
Back