Tabor and the ISL

Tabor in the ISL 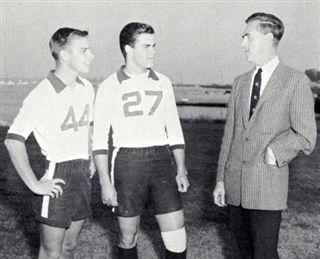 The League’s championship cup was named in honor of Richard Gummere, a long-time teacher and coach at both Browne & Nichols and Haverford College; the Gummere Cup is undoubtedly one of the oldest secondary school soccer trophies in the country. Over time, the original Gummere League and other private school leagues joined together forming the sixteen school Independent School League, or ISL. Tabor, having left the League in 1972, was honored to rejoin this premier prep school athletic association in the fall of 2017.

The ISL is an athletic association with the mission of integrity, sportsmanship, and leadership. Member schools are committed to strong developmental and competitive sub-varsity and varsity experiences grounded in the teacher/coach model of instruction. Please visit the ISL website for more information and news.
Head of School John Quirk describes the league as “peers and rivals who understand that within the realm of competition and teamwork are endless opportunities for the best life-lessons to be manifest.” Quirk continued, when asked about the ongoing opportunity of membership: “We are eager to have our philosophy honed by the collaborative spirit of others in this league, and to contribute to the broader learning conversation we know ISL schools enjoy.”

Striving together through athletic competition to achieve the highest degree of integrity, sportsmanship, fair play, and mutual respect in preparation for good citizenship and leadership in society.

Tabor's Success in the ISL