An Announcement from the Search Committee 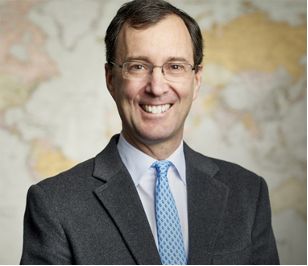 Dear Tabor Community,
After a long and thorough process, we are excited to announce that The Board of Trustees has unanimously selected Anthony "Tony" Jaccaci as our next Head of School. He will formally start his role as head of school as of July 1, 2021 but will begin working with our board and senior leadership over the next several months in preparation for his arrival.
Tony is currently the Head of School at Cincinnati Country Day School (CCDS) in Cincinnati, Ohio, a coed day school comprised of 820 students and 120 faculty members. During his six-year tenure at CCDS, he has led the school through a strategic planning process with a focus on key priorities in a number of critical areas including innovative learning and teaching, global engagement, and environmental sustainability.
While at CCDS, Tony has worked with the Board to create a Board committee for Equity, Diversity, and Inclusion (EDI). He also instated the school’s current Director of Equity, Diversity, and Inclusion and elevated the position to the Senior Leadership team. He has worked closely with the Director to facilitate conversations with parents, faculty, staff, and student groups as well as beginning the development of pedagogy for faculty to integrate into their curriculums to create the most inclusive learning experience for their diverse student body. He also partnered with the Director of EDI to introduce "courageous conversations" to address head-on areas for which CCDS requires growth.
Prior to CCDS, Tony was the founding Executive Principal of the Secondary Division at YK Pao School in Shanghai. During his 5-year tenure, he developed one of the first and leading residential programs in Mainland China to offer Chinese students the opportunity to experience a Western style boarding school education in local context. Tony participated in the design of the unfinished campus for use in a multi-faceted boarding school program, recruited the staff, led the development of the school’s unique curriculum, collaborated on the creation of the professional development program and managed the operating budget and costs. YK Pao has become one of the leading residential programs in Mainland China and has been named one of the top international boarding schools in China.
Tony’s professional teaching career began at St. George’s School in nearby Middletown, Rhode Island where he taught history and Mandarin Chinese, coached soccer, hockey, and baseball and served as a dorm parent. Tony also held a number of leadership positions at St. George’s including Mandarin Chinese department head and the head of the summer session. He also served as the Director of Global Programs, a program that he created and managed.
Tony began his boarding school experience at Phillips Academy in Andover where his father was a teacher and both his mother and father served as dorm-parents. After graduating from Andover, he received his undergraduate degree in East Asian Studies from Harvard University and went on to get an MALD in Asian Studies and Business from the Fletcher School of Law and Diplomacy at Tufts University. He will reside on campus with his wife Lucia Murphy Jaccaci and his three sons, Nick, Sam and Ben. Tony’s hobbies include reading, skiing, traveling and competing in triathlons.
In accepting our appointment, Tony shared, "I am deeply honored to be asked to serve as Tabor Academy’s next Head of School. Tabor blends a tradition of excellence in whole-person education with a future-facing orientation—the perfect combination of program to serve Tabor graduates as they enter a rapidly changing and complex world. It will be wonderful to be a Seawolf soon!"
Chair-elect Regina Shakin noted, "Tony exemplifies what Tabor is looking for in its next Head of School. He is an experienced and tested leader who personifies the qualities we promote in our students: love of learning, integrity, empathy and a robust work ethic. I look forward to a rewarding partnership with Tony in my role as the next Chair of the Board of Trustees."
"Tony’s breadth of leadership experience at top independent schools in the U.S. and in China will be an incredible asset to Tabor," added Board Chair Carmine Martignetti. "He also brings deep boarding experience, having grown up on a boarding school campus and spending the first fifteen years of his professional career teaching, coaching and living in the dorms at a boarding school. The combination of these experiences makes him a perfect match for Tabor, and we’re thrilled to welcome him into our community." 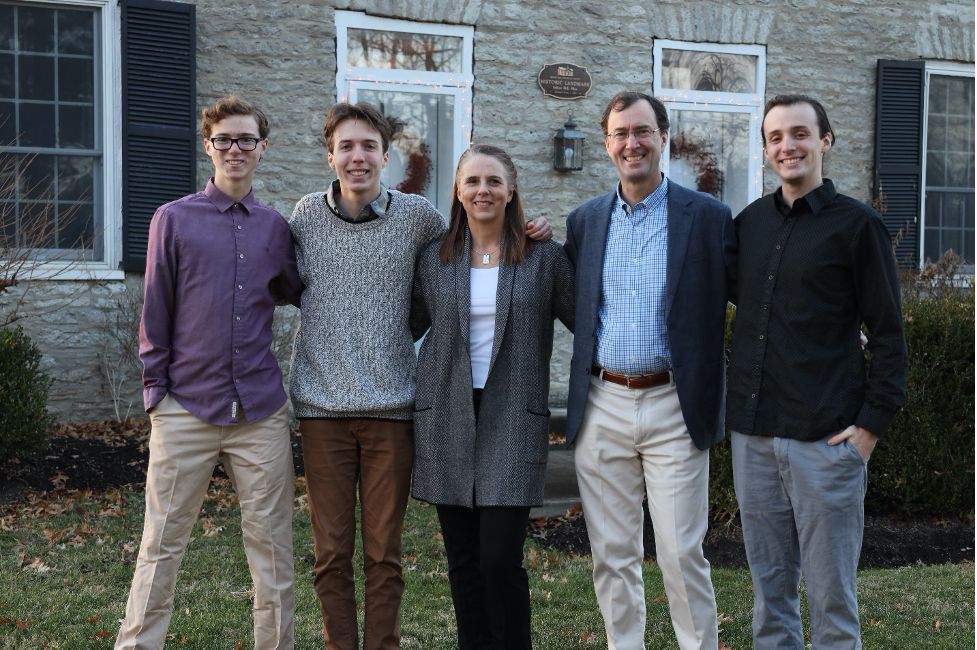 Meet Tony & Get a Behind the Scenes Look at His Move

About the search process:
The Search Committee selected Tony after a comprehensive national search with our partners at Spencer Stuart. Spencer Stuart did an outstanding job attracting an exceptional pool of highly qualified candidates with diverse backgrounds and experiences.
Our search process commenced in August with a series of listening sessions with faculty, staff, students, alumni, parents and guardians and Trustees on the key attributes, values, characteristics and experience that would be most important for Tabor Academy’s next Head of School.
Based on this feedback a Position Specification Document was drafted articulating the critical capabilities for our future leader. These attributes included Educational Leadership, Community Builder, Commitment to Diversity, Equality and Inclusion, Secondary School Experience, Inspiring Leadership, Organizational Capacity, Board Partnership and Fundraising Experience.
Having a clear picture of what was most important to our community, Spencer Stuart did a very thorough job of identifying and assessing the top candidates for the position for the committee to meet and assess. Tabor’s strong reputation in the independent school marketplace enabled us to attract a very deep and diverse candidate pool. After a systematic and comprehensive review and interview process, Tony was the unanimous selection of the Search Committee and unanimously approved by the Board of Trustees.
If you have any questions or comments, please contact taborhead@spencerstuart.com.

A Letter from Incoming Head of School Tony Jaccaci

I am honored and excited to join the Tabor community as the Academy’s next Head of School. There are few schools like Tabor in the world, and I am grateful to the Tabor Search Committee and Board of Trustees for placing their faith in me to lead such a remarkable institution. My wife Lucia, our three boys, and I look forward to joining you in Marion this summer, beginning, what I hope, will be a period of sustained and meaningful service to the Tabor family, near and far.

Throughout the process, the Search Committee did a wonderful job speaking passionately about what makes Tabor such a special school. As I heard about the strength of relationships between students and an exceptionally dedicated and talented faculty and how these relationships changed the arc of the lives of Tabor graduates in essential ways, I immediately knew I wanted to join this extraordinary community.

My family and I are also eager to come to Tabor because we are ready to come home after living in China and the Mid-West. As native New Englanders, we appreciate Tabor’s exceptional location for learning about the natural world as well as the Academy’s legacy of excellence in boarding school education. Lucia and I have been on the Tabor campus many times in earlier phases of our careers as coaches, and we came to understand what a distinctive and vibrant community Tabor is.

I am further energized by this opportunity because of the combination of Tabor’s 145 years of excellence in educating young men and women and a demonstrated future-facing orientation. In my career, I have had the chance to visit many different types of schools around the world, and Tabor’s history of balancing tradition with transformation is unique in my experience. I am sure Mrs. Taber would have been thrilled to see her vision of a school for “youth from all portions of the country” expand to touch all corners of the globe. I think she would have been equally proud to see the school adapt to a changing world.

This past year has shown us that this ability to adapt is crucial. 2020 has been a uniquely challenging year as we continue to address the Covid pandemic and many other important issues such as race relations in the United States and the importance for civil discourse in a divided nation. As the Head of the School, I am ready to help Tabor lean into those elements that divide us by listening deeply to one another and developing a sense of empathy and common vision for success. Further, I spoke to the search committee about Tabor’s need to prepare graduates for a volatile, uncertain, complex, and ambiguous world. While the future holds many unknowns, I believe passionately in helping students prepare for a life lived with a global reach and, in that work ahead, I see equal parts opportunity and hope for Tabor and its graduates.

I look very much to meeting you—students, faculty & staff, parents, alumni, and friends—as my family and I join you on campus and become Seawolves! Until then, my best to you and your family for a healthy and promising new year. 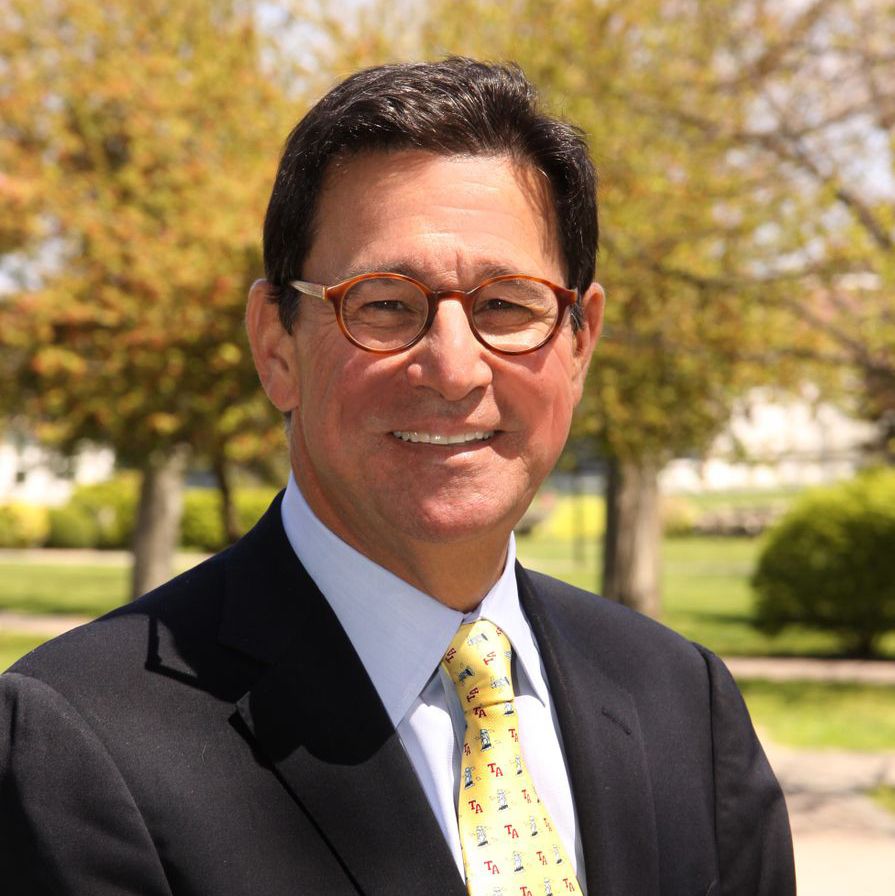 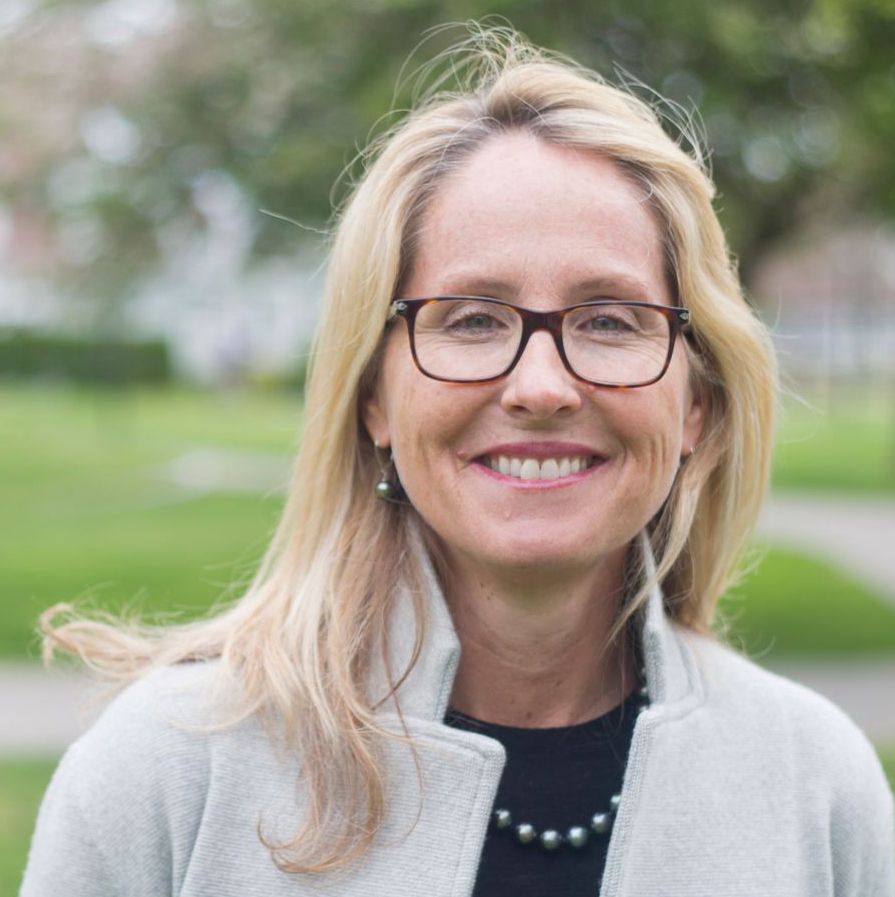 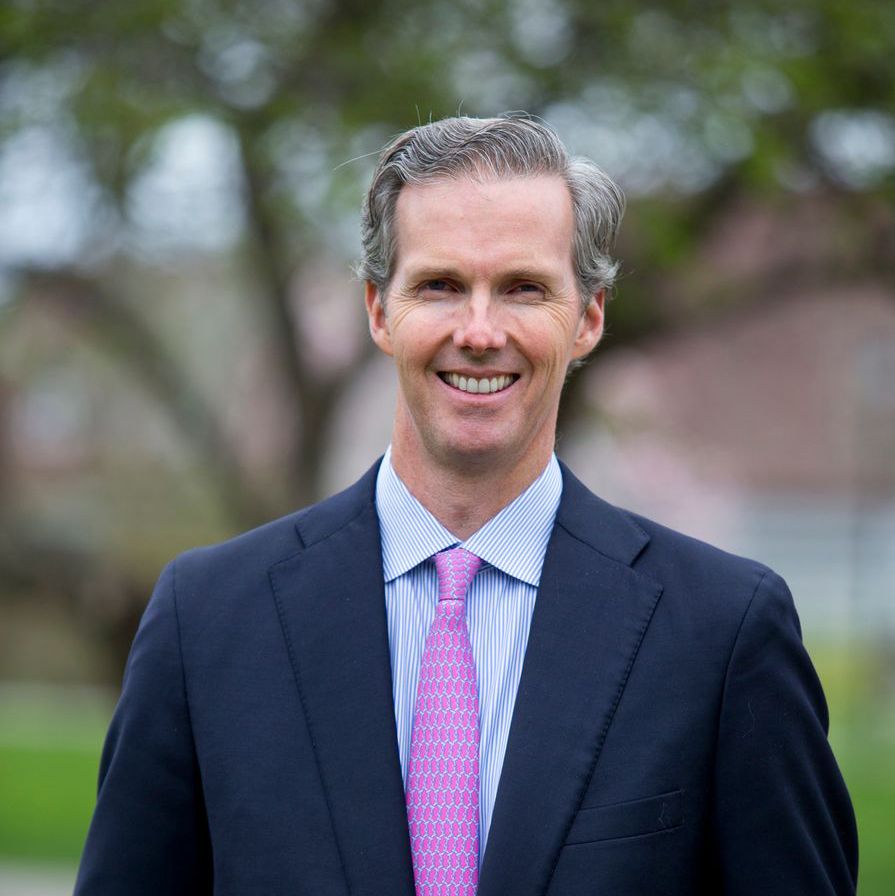 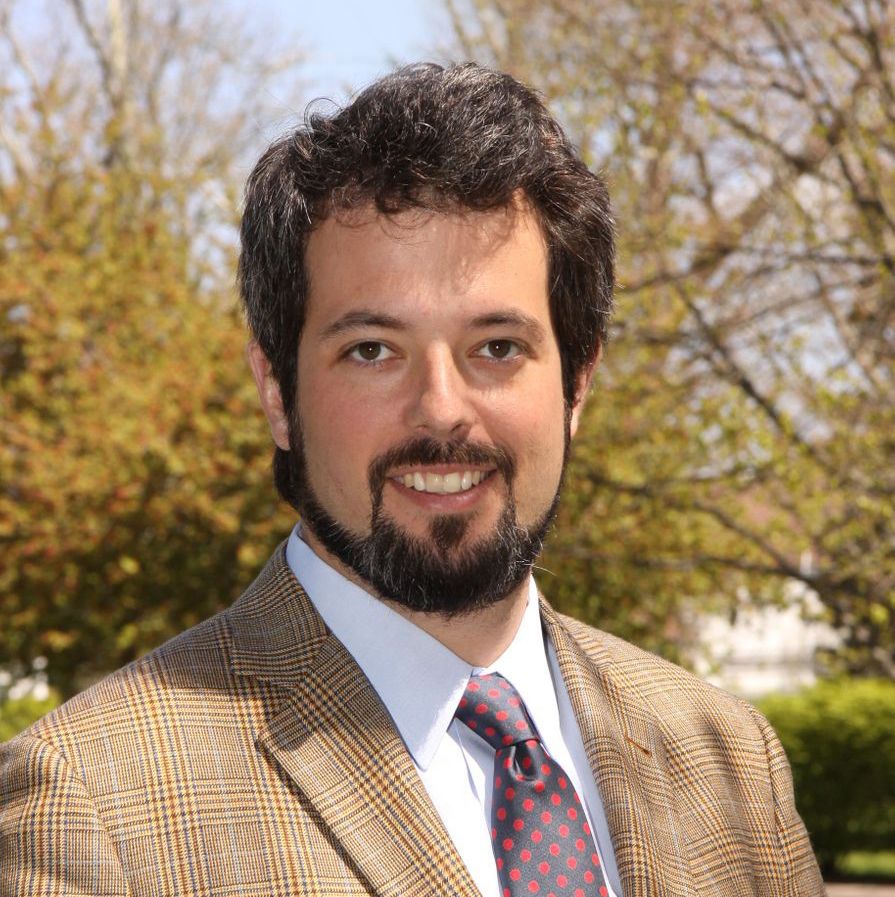 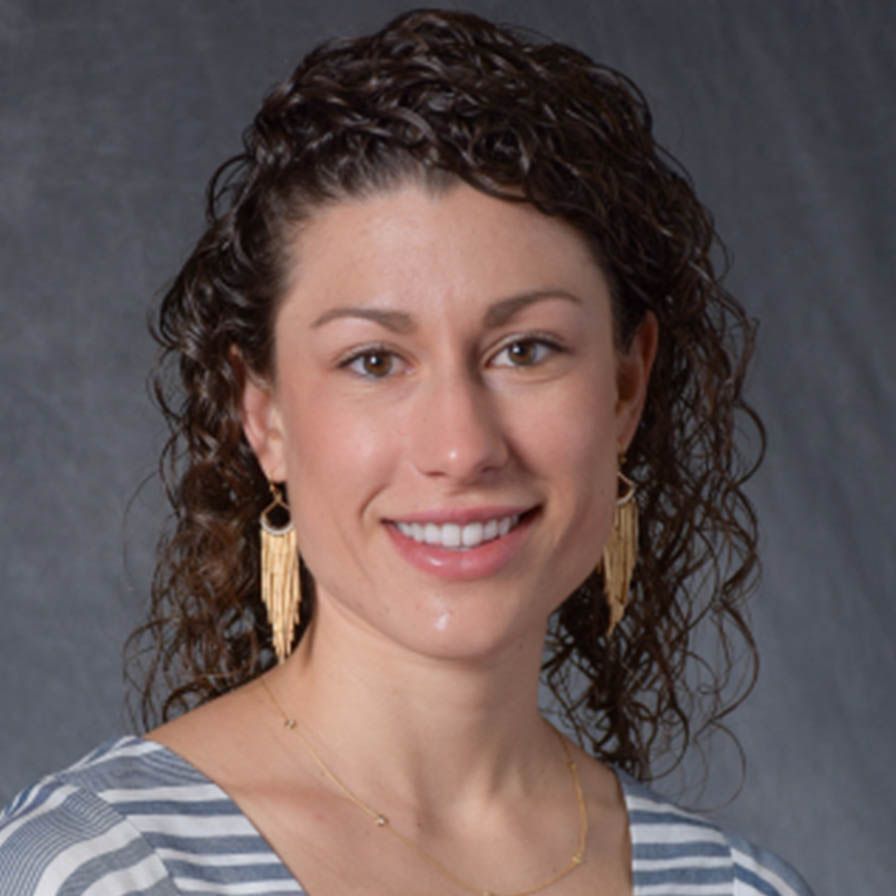 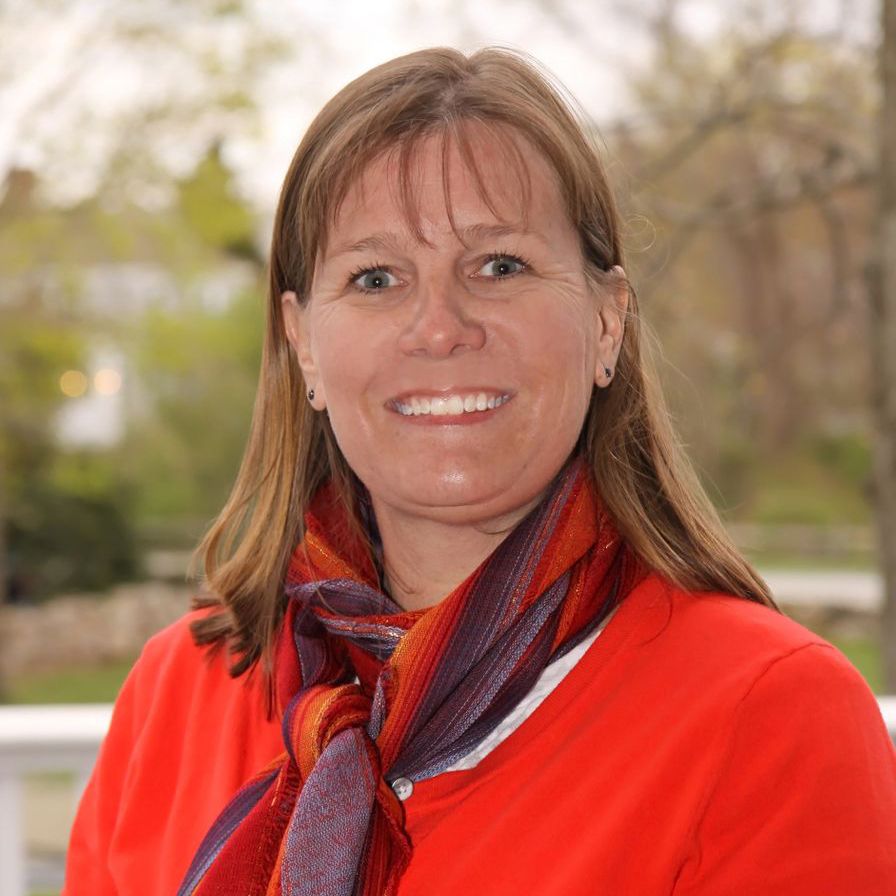 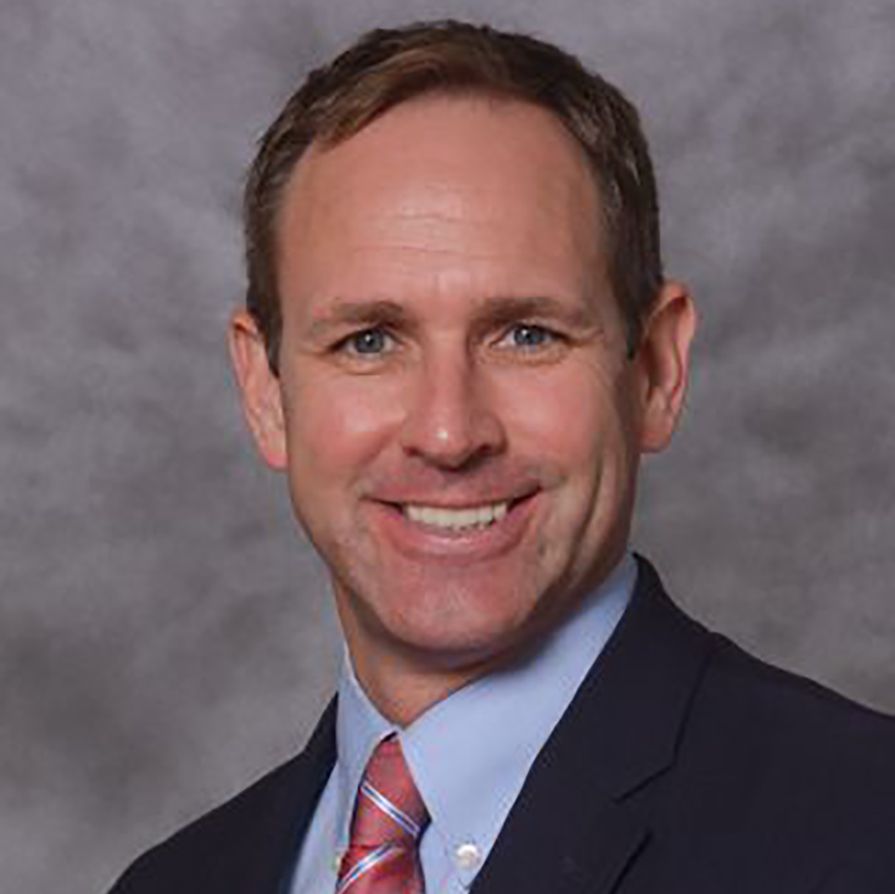 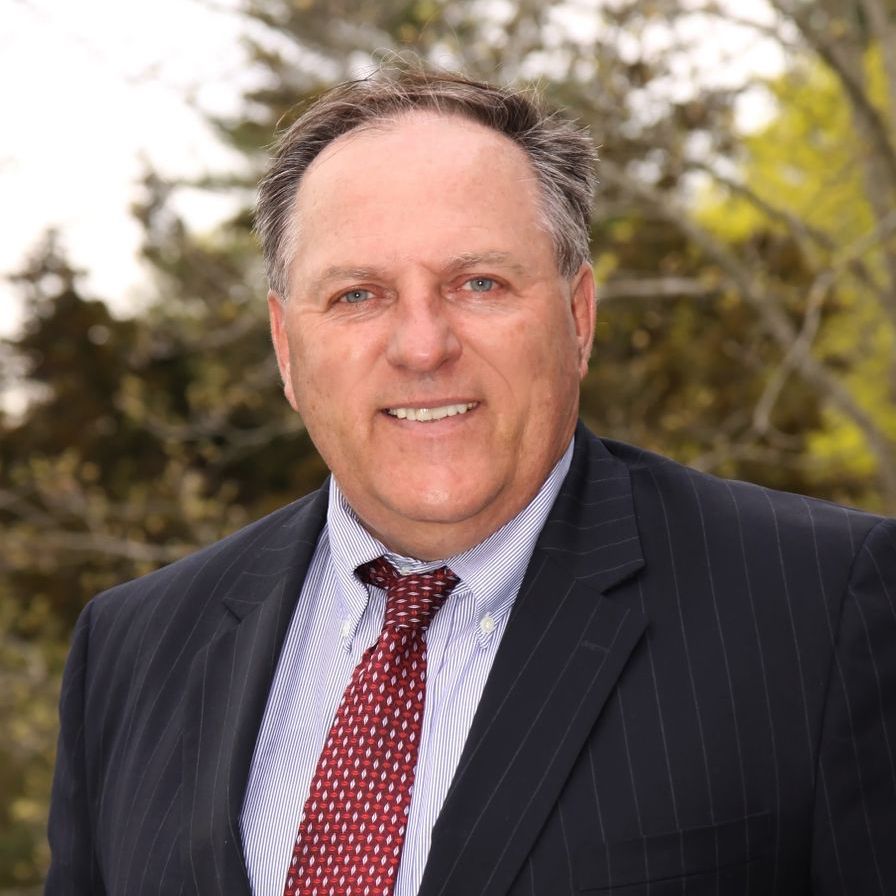 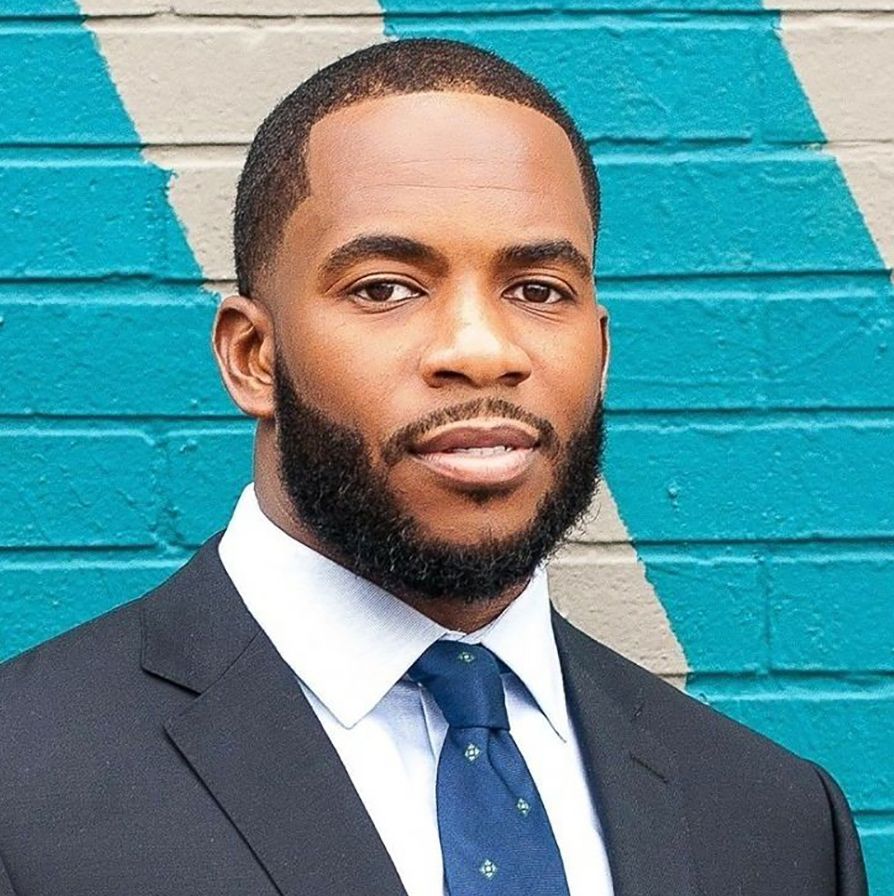 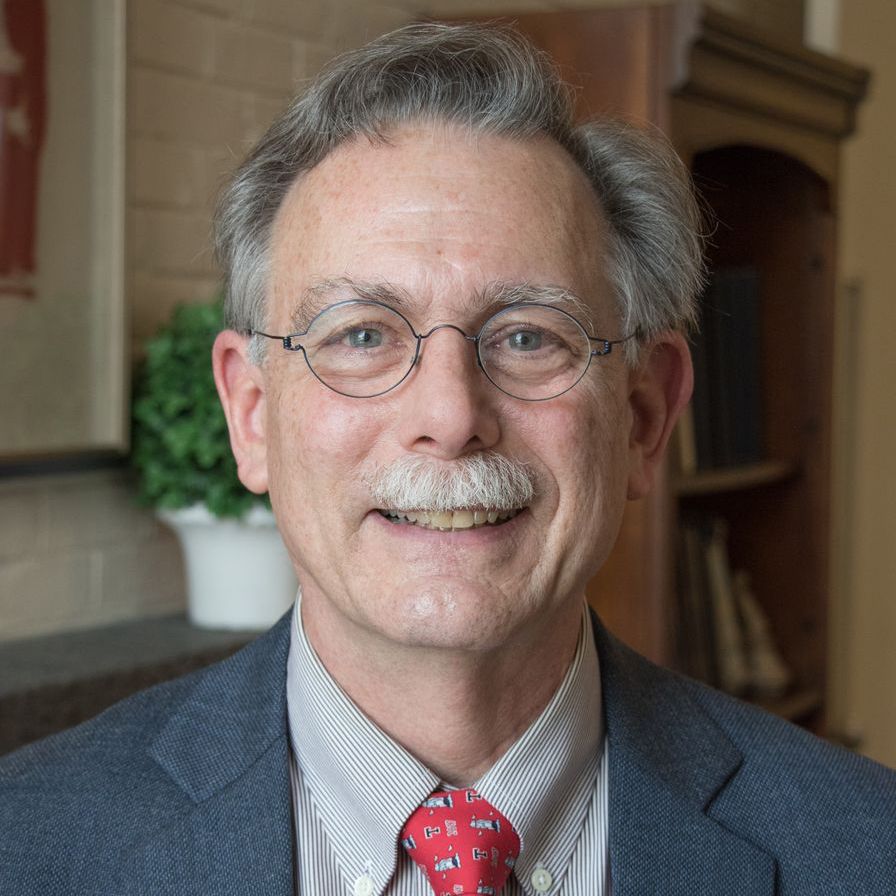 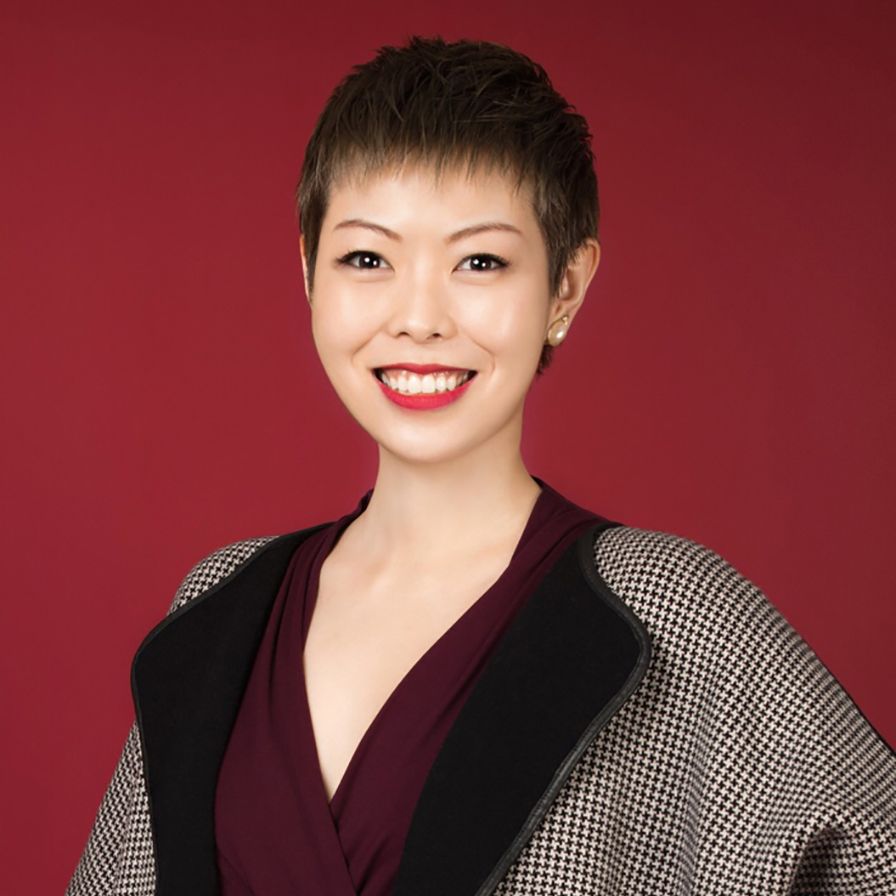